THURSDAY 29th DECEMBER
THE GÉRARDS SAVE THE QUEEN

• THE GERARDS SAVE THE QUEEN •

For the New Year’s Eve, Les Gérards are invited by Elisabeth II Grammes to take The Tunnel under the Millstone.
Elisabeth II Grammes, hidden sister of HM Queen Elizabeth II likes:
– Monty Python
– Sex Pistols
– Wine
Projection of the film « Monty Python and the Holy Grail », broadcast on giant screen of the best clips in the history of British music, photocall and suprises to the appointment !
Come celebrate the ass of the year with Les Gérards and Elizabeth II Grammes !
The Tunnel under the Millstone is a railway tunnel connecting the southeast of the United Kingdom (England) and the north of France. It is made up of two outer tubes covered by trains and a smaller central service tube. It is 50.5 kilometers long, 38 of which are pierced under the sea. It is operated by the Franco-British company « Euromeule ».
It is currently the tunnel with the longest underwater section in the world. It is slightly shorter than the Seikan tunnel between the Honshu and Hokkaido islands in Japan, but has a 38 kilometers stretch under the seabed (the Seikan tunnel stretch is 23.3 kilometers). According to the American Society of Civil Engineers, it is one of the seven wonders of the modern world and according to the International Federation of Consulting Engineers « major civil engineering project of the last 100 years ».
Note that the whole evening will be translated by Google Traduction. 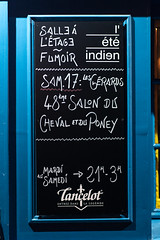 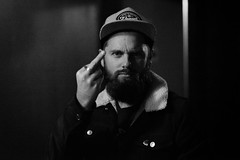 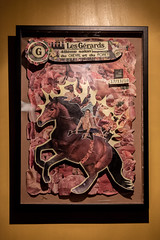